CAM school was started in 1996 by One Mission Society (OMS) missionaries Dr Claude and Mrs Marilynn Meyers to provide a Christian American curriculum for missionary children from kindergarten to twelfth grade.  CAM started with twelve children from five different countries.  By the end of the first year there were nineteen children enrolled. Throughout the next fifteen years the school grew in size and more teachers were added.  Some of the teachers were missionary teachers who raised their support to be in Mozambique.  Other positions were filled by teachers who were hired locally.  Over time the student numbers grew to 70 students.  With space restrictions at the school site on ‘Avenida 24 de Julho’ the administration began the search for a larger property.

In 2010 another mission organisation offered to sell their property to OMS which provided 5 acres to develop the school.  Remodelling and new construction work was carried out at the new site in Machava before classes started at in the new location in August 2011.

Over the past few years the school has grown to over 120 students with 15 full-time teachers, 3 office staff, and 6 maintenance workers/cleaners.  We have had 82 graduates over the past 24 years who have gone to serve/work/study all around the world.

School Year 2020-2021
School Tuition Fees
Please inform the school via e-mail of the deposit/transfer made for confirmation. Be sure to give the office a copy of the deposit slip. You should remit the full amount. The school will not shoulder any bank charge. Official Receipt will be issued later. Please keep a copy of your deposit slip or transfer slip. 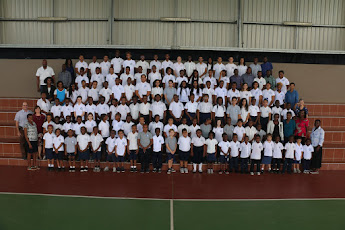